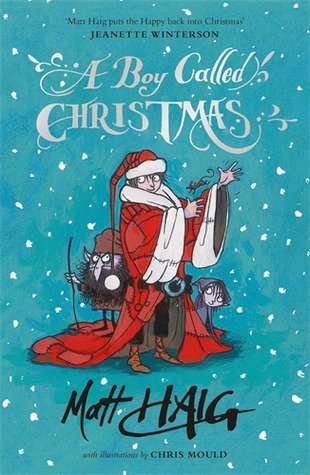 You are about to read the true story of Father Christmas.
It is a story that proves that nothing is impossible.
If you are one of those people who believe that some things are impossible, you should put this book down right away. It is most certainly not for you.
Because this book is FULL of impossible things.

Are you still reading?

A Boy Called Christmas is a tale of adventure, snow, kidnapping, elves, more snow, and an eleven-year-old boy called Nikolas, who isn’t afraid to believe in magic.

This is a great, unique Christmas story.

When I was a kid, I loved stories about Santa. I always wondered, Where did he come from? This is a great origin story about a boy named Nikolas who grew up to become Father Christmas.

The next book was set up at the end with the introduction of a girl named Amelia. I’m excited to read the rest of the series.

Have you read A Boy Called Christmas? What did you think of it?