Treachery, transformations and a deadly quest.

A thrilling adventure of ancient myth, monsters, gods, sorcerers, sirens, magic and many evils…the fall of Troy and a desperate chase across the seas in a magical Phaeacian ship…

Hero and her three brothers, Mac, Cad and Lycon, go on this exciting and dangerous quest to prove their murdered father’s honour, the betrayal by King Odysseus and the loyalty of their own people to the conquered city of Troy.

This story is a great continuation of The Odyssey. It has a logical place in the storyline. It tells the perspective of the herders and the effects the Trojan War had on them.

The theme of an odyssey is very present in the story. The four siblings go on their own odyssey by chasing Odysseus to find out why the Trojans are mad at them. The gods are also important to the story, because Hero is very pious and always praying.

One problem with this story is that since it relies so heavily on The Odyssey, I think readers would struggle if they hadn’t read it. This could be problematic since it’s aimed at a young adult audience and they may not have been exposed to Homer’s epic poems yet. I did not read them until university, so I wouldn’t have understood the story when I was a teen.

Otherwise, I enjoyed this story. Fans of The Odyssey should definitely check it out.

I don’t do much baking, so my winter recipe is my Snowman Cheeseball! 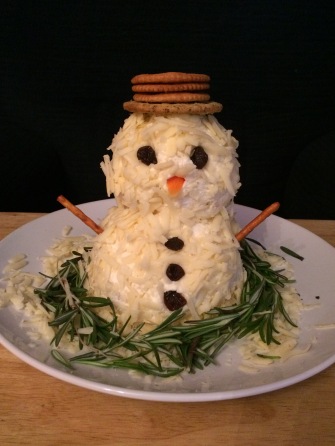 I’ve made one the last couple of years, and my recipe was even published on the website of the magazine I worked on during college. Here’s the recipe:

Wrongfully accused of murder, Dr. Catherine Bennett is destined to hang… unless she can disappear.

With the untamed territory of Colorado as her most likely refuge, she packs her physician’s kit and heads West. But even with a new life and name, a female doctor with a bounty on her head can hide for only so long.

Sawbones is the first novel in a gripping historical fiction series.

I was approved for this galley last year, but I just couldn’t get into the story. I’m not a big fan of Westerns, but on my second reading the plot hooked me.

There were twists that I couldn’t have predicted. The twists weren’t even the answers to my questions. There were many surprises, and not all of them good.

Some of the descriptions of injuries and medical procedures are hard to read. I think that’s why I struggled with the book before. However, it added some realism to the story.

I think Catherine was a little ahead of her time in some of her medical ideas. For example, she says she doesn’t think smoking is good for your lungs, but that wouldn’t have been known back then. Her advanced knowledge reminded me a lot of Claire in Outlander. They were both thrown into similar medical positions in a world that is not ready for a female physician.

I enjoyed this book after reading it again. I’m curious to see how this series turns out.

The winter item I can’t live without is my reading socks from Indigo! They are sooooo warm! If I feel cold, I put them on and I’m instantly warmed up. They’re a little snug on my legs though so I have to bunch them around my ankles. But I can’t live without them in the winter!

What’s a winter item you can’t live without?

A legacy of magical treasures!

Since 1997 with the publication of the first book, Harry Potter has cast a spell over millions of Muggles around the world–not the least of all bewitched collectors. Harry Potter: The Unofficial Guide to the Collectibles of Our Favorite Wizard conjures rare, extraordinary and magical treasures sprung from the Potterbooks and movies, and even the imaginations of fans. In its enchantingly visual pages, you’ll discover delightful riches including author J.K. Rowling’s writing chair that sold at auction for almost $400,000, first-edition books, original art, movie posters, film props, exclusives, limited-edition items, fun fandom pieces, and other wonders to behold.

So with a whisper of “accio” and a flick of your wand, summon forth the fascinating, the fantastical and the fabulous found in Harry Potter: The Unofficial Guide to the Collectibles of Our Favorite Wizard.

This book is a must-have for Harry Potter fans.

It not only lists all the different kinds of collectibles, but it gives some history of the publication. There were only 500 copies of the first edition printed. They didn’t expect it to sell as well as it did, but it made J. K. Rowling the first author to earn $1 Billion from her work.

Since I’m such a bibliophile, the section on the books fascinated me the most. The first editions are worth so much money! A first edition from the first printing of Harry Potter and the Philosopher’s Stone could go for more than $40,000. And it’s worth even more if it’s signed. Considering this book is only 20 years old, that’s an incredible amount!

This book will make you want to dig in your basement for all your old Harry Potter merchandise to see what it’s worth! I highly recommend this book for fans of Harry Potter. 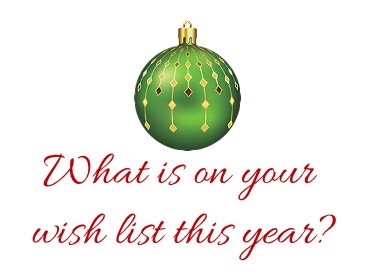 It may be hard to believe but books are on my wishlist! Okay, maybe you guessed that. I just cleaned up my wishlist on Indigo last week, so people can pick things off of it for gifts. But gift cards are also much appreciated too!

What is on your wishlist?

Four years after her life-changing summer, Gigi Goldstein thinks saying goodbye to Camp Chinooka means saying hello to a brand new life. Now faced with a second chance at her career, she is filled with more hope than she’s felt in a long time. Her design house is taking the fashion world by storm, even attracting notice of Victoria Ellicott, the fashionable British socialite who just happens to be engaged to the future king of England. When Gigi is chosen to design the royal wedding dress in London, she is forced to confront her ex-fiancé, Perry Gillman, now a successful composer with a hit show on the West End.

But when Gigi learns Perry’s been dating Victoria’s sister, who rivals her in looks, style and sophistication, Gigi can’t help but feel inadequate in everything. Her world begins to crumble as she develops a creative block so debilitating, she fears that a wedding dress of royal proportions is never going to happen. Even a budding relationship with the handsome, wealthy, and rich Viscount of Satterley can’t make her forget about Perry and her inability to get over him. As the world gears up for the wedding of the century, Gigi is on the brink of buckling under the immense pressure of the uncertainties of her future and failures of her past.

Will she be able overcome her creative paralysis to design the dress of Victoria’s dreams, or will she break down now that she has even s’more to lose?

I’m so excited to be reviewing this book today! I loved it.

This one is even better than the first book. The characters are more developed and have a of history together. I’m also a little biased because I love everything British, so this story was perfect for me!

The beginning is unexpected since usually in the sequel to a romance, the main couple has gotten together. Though Gigi and Perry were together at the end of One S’more Summer, they have broken up now. I liked this unconventional way to begin a sequel.

I loved the way that the things that have happened in the last four years were told gradually. Everything, including Gigi and Perry’s breakup, was woven into conversations so it didn’t break up the narrative. This was a great way to fill us in on what’s happened in their lives without delaying the story.

I also liked the way things were like real life but slightly different. They talk about Top Designer a lot, which is just like Project Runway. Also Victoria and Prince Alexander are very much like Prince William and Kate. But there was some real pop culture in the story, because Gigi loves Downton Abbey. These little additions were so funny throughout the story.

I loved this story! I can’t wait to see where the story goes in the third book.

Beth Merlin has a BA from The George Washington University where she minored in Creative Writing and a JD from New York Law School. She’s a native New Yorker who loves anything Broadway, rom-coms, her daughter Hadley, and a good maxi dress. She was introduced to her husband through a friend she met at sleepaway camp and considers the eight summers she spent there to be some of the most formative of her life. One S’more Summer is Beth’s debut novel.

Thank you to Xpresso Book Tours for letting me participate in this blog tour.