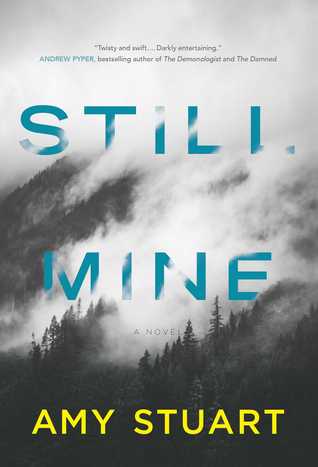 The Girl on the Train meets The Silent Wife in this taut psychological thriller.

WHAT HAPPENS IF YOU VANISH FROM YOUR LIFE AND LEAVE NO STORY BEHIND?

SOMEONE WILL MAKE ONE UP FOR YOU.

Clare is on the run.

From her past, from her ex, and from her own secrets. When she turns up alone in the remote mining town of Blackmore asking about Shayna Fowles, the local girl who disappeared, everyone wants to know who Clare really is and what she’s hiding. As it turns out, she’s hiding a lot, including what ties her to Shayna in the first place. But everyone in this place is hiding something from Jared, Shayna’s golden-haired ex-husband, to Charlie, the charming small-town drug pusher, to Derek, Shayna’s overly involved family doctor, to Louise and Wilfred, her distraught parents.

Did Shayna flee? Was she killed? Is it possible she’s still alive?

As Clare uncovers the mysteries around Shayna’s disappearance, she must confront her own demons, moving us deeper and deeper into the labyrinth of lies and making us question what it is she’s really running from. Twisting and electrifying, this is a get-under-your-skin thriller that will make you question what it means to lose yourself and find yourself in the most unlikely places.

This is a great thriller.

I found the beginning of this story a little slow. There was a lot happening, but I didn’t feel invested in the character of Clare. I wanted to know more about her and how she ended up investigating Shayna’s life. There was plenty of information about Shayna and the town, but not enough about Clare to make me feel connected to her.

There were twists throughout the story. Clare was a unreliable character, so she was usually unpredictable. She made bad decisions, though sometimes she just had to make the best of the situation she was in.

I really had no idea what happened to Shayna. Everyone in town had a motive to hurt her, including the possibility that she harmed herself or left. But I figured she didn’t just walk away because that wouldn’t make for a very interesting ending.

I really enjoyed this story. I can’t wait to read the sequel Still Water.

One thought on “Review: Still Mine”