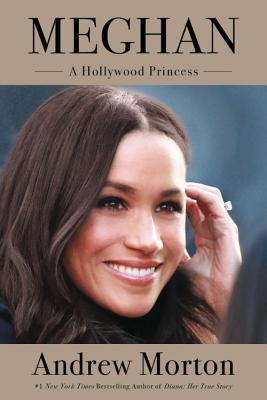 When Meghan Markle and Prince Harry were set up by a mutual friend on a blind date in July 2016, little did they know that the resulting whirlwind romance would lead to their engagement in November 2017 and marriage in May 2018.

Since then, our fascination with the woman who has smashed the royal mold has rocketed. So different from those coy brides of recent history, Meghan is confident, charismatic, and poised; her warm and affectionate engagement interview won the hearts of the world.

In this first-ever biography of the duchess-to-be, acclaimed royal biographer Andrew Morton goes back to Meghan’s roots to uncover the story of her childhood growing up in The Valley in Los Angeles, her studies at an all-girls Catholic school, and her fraught family life-a painful experience mirrored by Harry’s own background. Morton also delves into her previous marriage and divorce in 2013, her struggles in Hollywood as her mixed heritage was time and again used against her, her big break in the hit TV show Suits, and her work for a humanitarian ambassador-the latter so reminiscent of Princess Diana’s passions. Finally, we see how the royal romance played out across two continents but was kept fiercely secret, before the news finally broke and Meghan was thrust into the global media’s spotlight like never before.

Drawing on exclusive interviews with her family members and closest friends, and including never-before-seen photographs, Morton introduces us to the real Meghan as he reflects on the impact that she has already had on the rigid traditions of the House of Windsor, as well as what the future might hold.

This is a fabulous biography of the newest member of the Royal family.

Meghan Markle has had a fascinating life. I think her new royal position will be perfect for her. It sounded like she was always torn between being an actress and having a job in  a humanitarian position. Now, she has had a successful acting career and can move on to this new role.

I liked reading about her family life as well. Though it has been somewhat dysfunctional, she has a stable life now. There were also a bunch of photos in the book, in two separate groups. The first group had photos of her recent life, from her time on Suits to her engagement with Prince Harry. The second group of photos were from her family and childhood. I believe these photo groups should have been in reverse positions, because the beginning of the book about her childhood was followed by more recent photos, while the chapters on her current life were followed by family photos of young Meghan.

I loved this biography. Andrew Morton is a great biographer, so I will definitely pick up more of his books! This book is a must-read for fans of the Royal family and Meghan Markle.

One thought on “Review: Meghan: A Hollywood Princess”