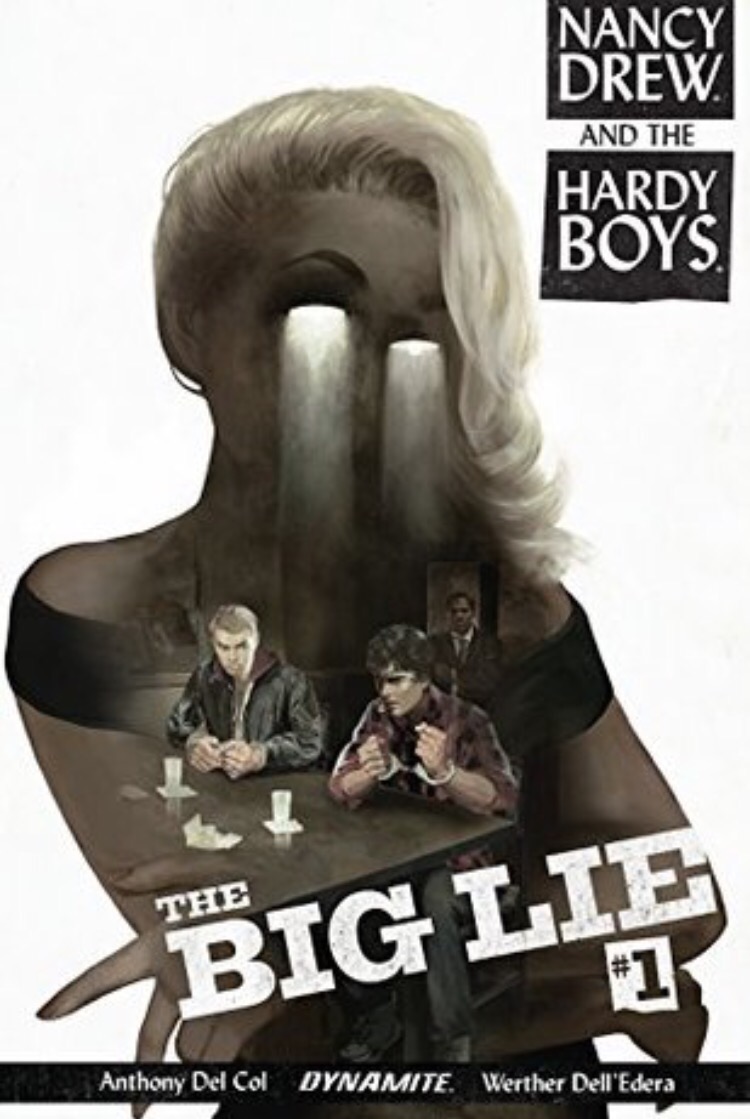 A Nancy Drew and Hardy Boys mystery unlike any other you’ve ever read! When the teenage brothers Frank and Joe Hardy are accused of the murder of their father – a detective in the small resort town of Bayport – they must team up with Nancy Drew to prove their innocence (and find the real guilty party in the process) in a twisting noir tale, complete with double-crosses, deceit, and dames. Writer Anthony Del Col (Assassin’s Creed, Kill Shakespeare) and artist Werther Dell’Edera (Batman: Detective Comics, House of Mystery) bring the iconic teen detectives into the modern age, and redefine noir for a new generation of readers!

I was so excited for this book! I’ve loved Nancy Drew my whole life, from the books to the video games to the movies.

I was pleased with this graphic novel. It’s a more adult story for older fans of Nancy and the Hardy Boys. Their friends the Bobsey Twins even made a little cameo. However, two people who were noticeably missing were Bess and George! I really missed them in the story! You can’t really have Nancy without her two sidekicks. I hope they will make an appearance in the next volume.

The graphics were quite simple. They could have been more elaborate and detailed. Since the story is very noir, the pictures were dark. The use of shadows was great at times for building tension but they sometimes made it difficult to distinguish between characters. Maybe this would be fixed in the final copy, since mine was an e-ARC of the book.

I enjoyed the mystery. The main story was that Joe and Frank were accused of murdering their father, which just seems crazy to me that they are suspected of murder. There is a lot of corruption in Bayport, which explains why the brothers were accused.

There was a major twist at the end of the story which got me so excited for the next one! I can’t wait to read more from Nancy Drew and the Hardy Boys (and hopefully Bess and George too!).

10 thoughts on “Review: Nancy Drew and the Hardy Boys: The Big Lie”