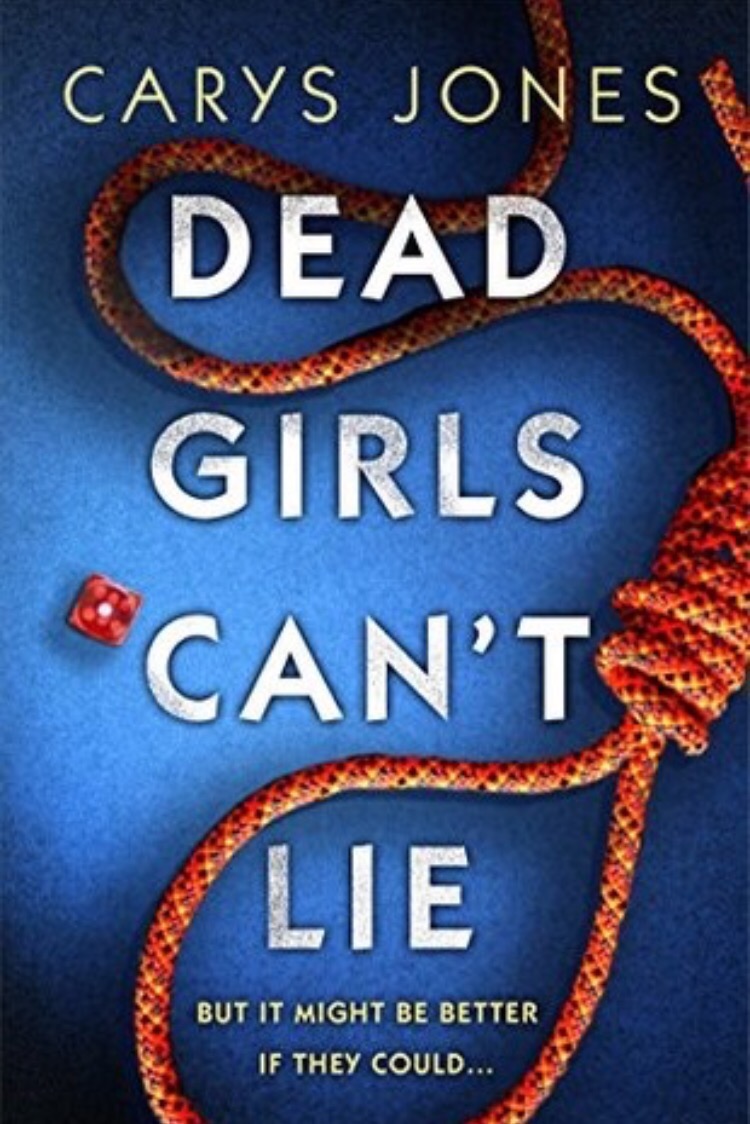 Best friends tell each other the truth – don’t they?

When North Stone’s best friend Kelly Orton is found hanging lifeless in a tree, North knows for certain it wasn’t suicide. Kelly had everything to live for – a loving boyfriend, a happy life, and most importantly of all, Kelly would never leave North all by herself.

The girls have been friends since childhood, devoted to each other, soul sisters, or at least that’s what North has always believed. But did Kelly feel the same way, or was she keeping secrets from her ‘best friend’ – deadly secrets…

When the police refuse to take North’s suspicions seriously, she sets out to investigate for herself. But her search soon takes her to a glamorous world with a seedy underbelly, and before long North is out of her depth and getting ever closer to danger. Determined to find the truth, she soon wishes that dead girls could lie, because the truth is too painful to believe…

I was very excited to read this book because I love thrillers. It may be because I’ve read so many good ones recently, but this one didn’t live up to my expectations.

The concept for the story was very good. North suspects that Kelly didn’t kill herself. But at the same time, North has a history of mental problems due to insomnia, so she isn’t taken seriously. Some of the things she did in her past are explained logically, demonstrating that she wasn’t actually crazy, such as the car accident she got in as a teen. But some parts are forgotten and not explained, so her suspicions remain suspect.

There were so many red herrings as to who actually Kelly. There were a lot of possible suspects, but they weren’t really explored or given a justified solution. Also, Elijah was constantly asking North if she was okay. I wanted to shout at him “Of course she’s not okay! She just lost her last loved one!” It made me very suspicious of him and I became frustrated when he wouldn’t leave it alone.

I also don’t think there was a purpose in North’s parents being lost at sea. I’m not sure why they were just presumed dead, rather than actually killed off in the story. I think their death just kept North hanging in this in-between of wondering if they were still alive, which gave her even more pain.

While I was disappointed in the outcome of the story, I did have an emotional response to many parts which connected me to the story. I was frustrated with Elijah and I felt sorry for North. The premise for the story was good, but I wish it was executed better.