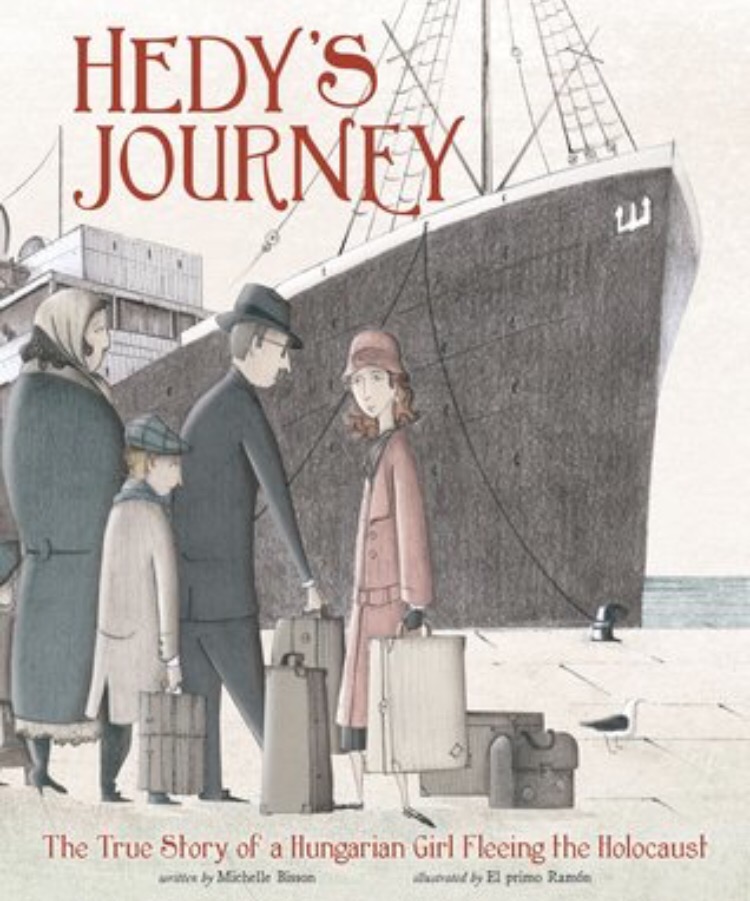 Hedy was a Jewish girl living in Hungary in 1941. Her family was scared of the Nazi’s because her cousin was sent to a concentration camp. Her parents decided to take them to the United States. Hedy’s parents and brother made their way to Lisbon to get a ship to New York. Hedy had to wait for another train because there wasn’t enough room for her. Eventually they all made it onto the ship and began their long journey from Lisbon to New York City.

I really liked the illustrations in this book. The muted colours, in greys and browns, reflects the sad tone of the story.

This is a great story for young readers. I remember reading Hannah’s Suitcase when I was in elementary school, which taught me about the Holocaust. The World Wars aren’t taught very much to young kids these days, so this book would give them an idea of what happened then. Hedy’s family was one of the lucky ones, so the story is not as devastating as some stories set during that time.