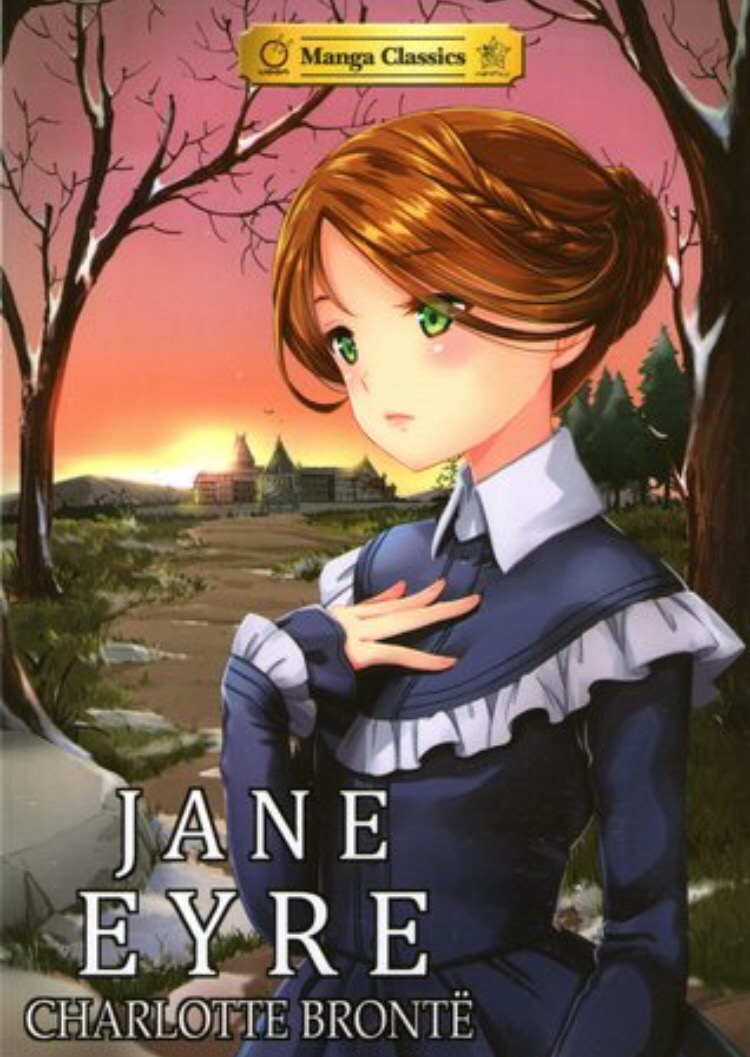 Jane Eyre was orphaned at a young age. She was sent to live with her aunt and cousins, but they never treated her well. After an incident with her cousin, Jane’s aunt, Mrs. Reed, send Jane to a school. The conditions weren’t good at the school, with the girls being underfed and underclothed. Eventually the school got better, and Jane taught there for a few years when she finished her own schooling. Then, she put out an ad to be a governess. Mrs. Fairfax asked Jane to come to teach Adele, Mr. Rochester’s charge. Soon after Jane arrives, strange things happen. She thinks the house is haunted.

Jane Eyre is one of my favourite books. It has just enough mystery in it to make it suspenseful.

This graphic novel is great! It tells the story very well.

I liked the way that Jane looked very evil as a child. She had dark hair and eyes, and she was always yelling at people. It made her very spooky and set the tone for what will happen later in the story.

Each of the characters looked very distinct, so I could distinguish between them. Sometimes, if the characters are drawn in the same style, they can blend together and become confused. But the characters all had a separate style of clothes and looks in this story.

This is my favourite book in the Manga Classics series!