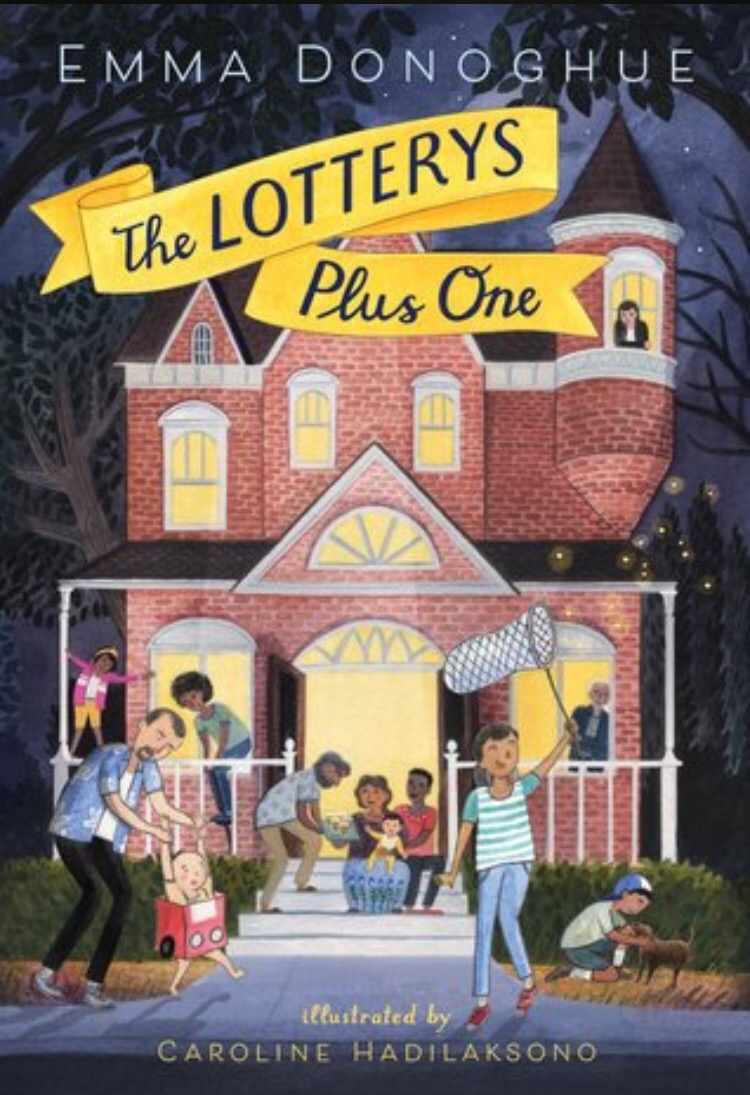 The Lotterys are a very diverse family. They have two dads and two moms: PopCorn and PapaDum, and Cardamom and Mama. When they won the lottery, they decided to buy a giant house in Toronto, where they could raise their children. Some are adopted and some are their biological children. They have 7 children, each named after a type of tree. The story follows the fifth child, Sumac Lottery. She gets to travel to the Yukon with PopCorn to visit his father. But it isn’t the trip she expected. PopCorn’s father, who the kids call Grumps, burned down his house because he has dementia, so they bring him back to live with them. Their 82-year-old Scottish grandpa isn’t prepared for their diverse household, with gay parents and multicultural children. Sumac is given the task of guiding Grumps through their house and their daily activities.

The Lotterys are a very diverse family. The four parents consist of two gay couples.  Many of the children are from different cultures, like Native Canadian, Filipino, Jamaican, and Hindu. They celebrate the different holidays from these cultures. The grandfather’s old-fashioned ideas clash with this modern family in a realistic way.

Another part of the family that I liked was how they continued to use the childish sayings from the kids as they grew up. For example, Brian says “egg salad” instead of “excellent” and they call the spare room “Spare Oom.”

The illustrations in the novel were a great help for keeping the characters straight. There are 11 Lotterys plus Gramps, so I started to get them confused at first, but their distinct pictures helped me keep remember who they were.

There was also a lot of Toronto history in the story. For example, the Toronto islands used to be part of a peninsula connected to lakeshore, but they broke away. They also mention Hurricane Hazel which I learned about from my grandparents but immigrants to Canada may not be familiar with.

This is a great book for parents and young readers. I learned lots about Toronto from this book so I’m sure others could too!