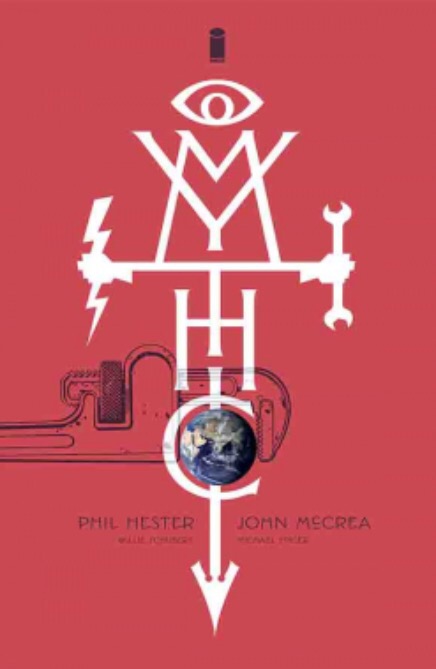 Mythic Lore Services is a company that solves the problems of supernatural beings in the world. Waterson is the leader. He is immortal, and has been around for thousands of years. Waterson, Nate, and Cassandra are one of the teams that work for Mythic, but when a bunch of robots start destroying the world, they end up being the only team left. This first volume covers them fighting off a variety of mythical creature.

The premise of this graphic novel was so interesting. I love mythology. I like how mythical creatures are brought into the real world in this story.

At times, I found the story and pictures confusing. There were so many different sides to the fight, from the Mythic team to the mythical creatures to the robots. There were many fight scenes where the explosions made it unclear what exactly was happening. Also, each issue in the volume followed a different creature attacking the earth, so by the time I figured out who one character was, they were gone.

The ending of this graphic novel was very good. It was a bit of a cliffhanger and now I want to go find out what happens next!