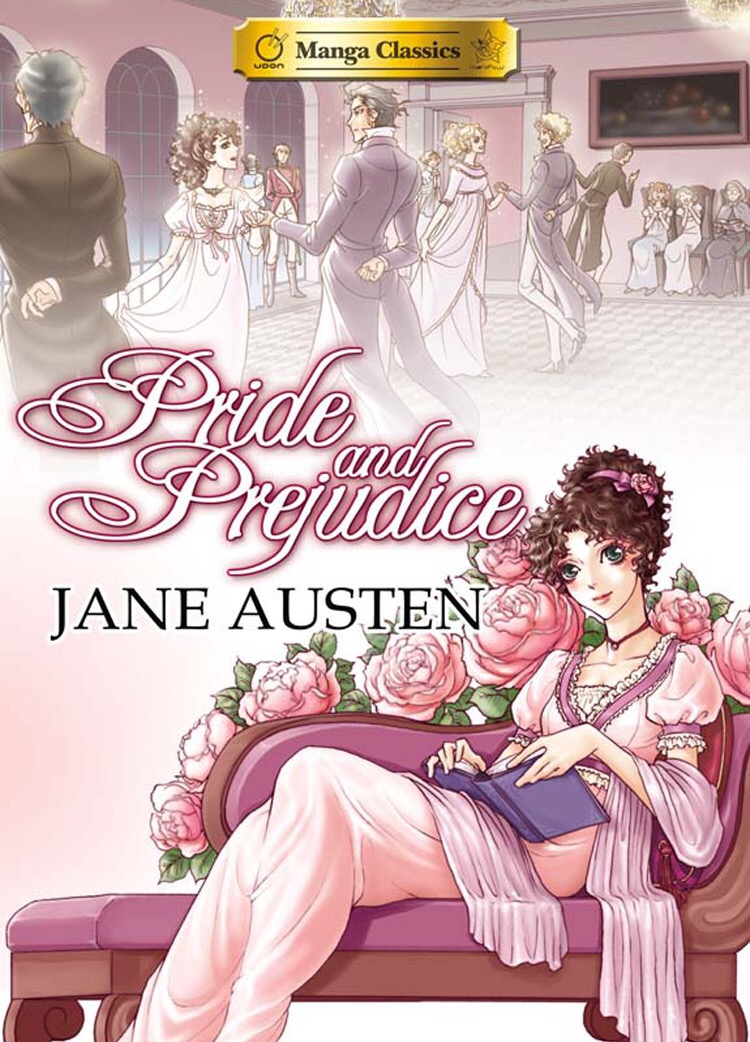 Jane Austen’s Pride and Prejudice is one of my favourite books. I love the adaptations of her classic story, especially ones in different formats.

If you aren’t familiar with the story, it follows Elizabeth Bennet and her sisters on their way to finding love. Their mother, Mrs. Bennet, believes if her daughters have a fortune, they will be happy. Unfortunately, their father’s estate is entailed so it will be inherited by a distant cousin instead of the Bennet sisters. When Mr. Bingley moves into the large estate down the road, Mrs. Bennet is certain that one of her daughters will marry him, since he is wealthy. They meet Bingley and his friend Darcy at a ball they host at Bingley’s estate, Netherfield. Immediately, Elizabeth decides that Darcy is too proud to have anything to do with her or her family. Jane, Elizabeth’s older sister, falls in love with Bingley, and their mother begins to plan the wedding, though they aren’t engaged.  Soon after that, Bingley, Darcy, and Bingley’s sisters move back to London. Jane is crushed when she realizes her relationship with Bingley is now over. Elizabeth and Jane then go on alternating holidays with their aunt and uncle, eventually leading them both back to Darcy and Bingley. Elizabeth will have to learn not to be so quick to judge people, and Darcy must put his pride aside to find love.

This manga version from UDON Entertainment follows the plot, but it fills in some gaps that were in the narrative too. For example, we get to see Darcy’s reaction to Elizabeth at the Lucas’s ball, when he first falls in love with her. This graphic novel gives an objective perspective, by showing Darcy’s reaction, whereas Austen’s novel follows Elizabeth’s perspective.

The language was more straightforward and simple in this graphic novel. It lost some of Jane Austen’s beautiful prose.  However, this would make the book more accessible to readers of all levels.

There were two different manga art styles in this book. Most of the time, the pictures were realistic, a more traditional manga style. But sometimes the smaller frames had small cartoon drawings, that were less detailed. This change in style happened when Lydia, Kitty, or Mrs. Bennet we’re excited, talking about boys and/or money. The less detailed drawings demonstrate how childish and superficial those women were acting.