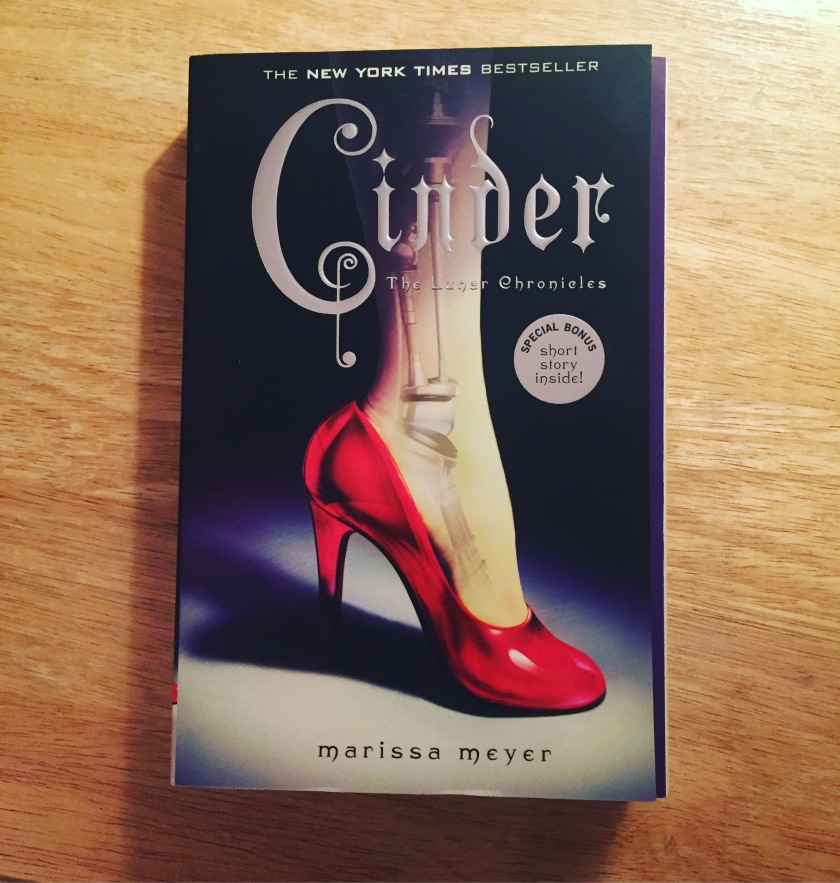 This is the first book in the Lunar Chronicles series. It is a modern retelling of Cinderella, but with a twist.

Cinder is a cyborg, living in New Beijing. She was adopted by Linh Garan but he died soon after, so she lives with his wife and their two daughters. A plague is taking over the country which soon claims the life of their emperor. Cinder meets his son, Prince Kai, when he gets his personal android repaired by her at the market. This leads to her going to the palace where she finds Dr. Erland. After running some tests, he discovers that she is from Luna, the planet of their enemy. She is also immune to the plague since she is Lunar. Being Lunar is more dangerous than ever now, because the Queen of Luna is vying to become Prince Kai’s wife. The plague is brought close to Cinder’s heart when her favourite stepsister, Peony, becomes ill. Cinder has to decide how to use her secret of being Lunar to save the people of New Beijing and prevent Prince Kai from marrying Queen Levana.

This story and the following books in the series (Cress, Scarlet, Winter, Fairest, and Stars Above) are also very diverse, featuring characters from different backgrounds. The other books also have lead characters that are based on classic fairytales but they are all set in the same world.

This is one of my favourite new series! I hope you enjoy it too!

5 thoughts on “Cinder by Marissa Meyer”