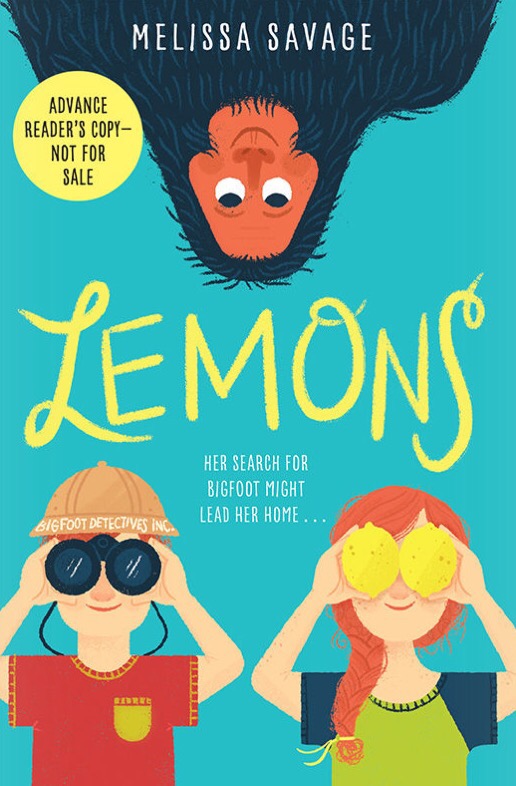 Lemonade Liberty Witt moves to Willow Creek, California to live with her grandfather after her mother dies. Willow Creek is known for one thing: Bigfoot sightings. As soon as she arrives, she meets Tobin Sky, a ten-year-old boy who created the company Bigfoot Detectives Inc. Tobin spends a lot of time with Lemonade’s grandfather, Charlie, and he runs his business out of Charlie’s garage. Various people who live in the town call Tobin to report Bigfoot sightings on their property. Mrs. Dickerson phones regularly with new evidence, and freshly baked cookies for the two kids. While Lemonade has to learn to cope with the loss of her mother, Tobin feels the space left by his father. His father was drafted into the Vietnam War five years earlier, but he still hasn’t returned. Lemonade and Tobin go on expeditions into the forest to try and get the coveted photo of Bigfoot.

I really enjoyed this story. It was quite funny when Tobin and Lemonade were searching for Bigfoot. Especially when Mrs. Dickerson kept calling them over for her suspected sightings, but she really just wanted to share her baking with them.

At first, I thought Lemonade was going to be in foster care in the story. It seems like that when her social worker drove her to live with Charlie. But it eventually became apparent that she was moving in with her grandfather because her mother passed away. I was glad it deviated from the cliche of the main character being in foster care. I have read so many books with that premise lately so I’m glad this one was different.

I wasn’t sure when the story was happening until quite a few pages into it. It was set in 1975, but it could have been happening now. I usually like this timeless quality, but it’s not good when there isn’t any indication of when the story is actually happening.

This is a cute and funny story, great for middle grade readers!