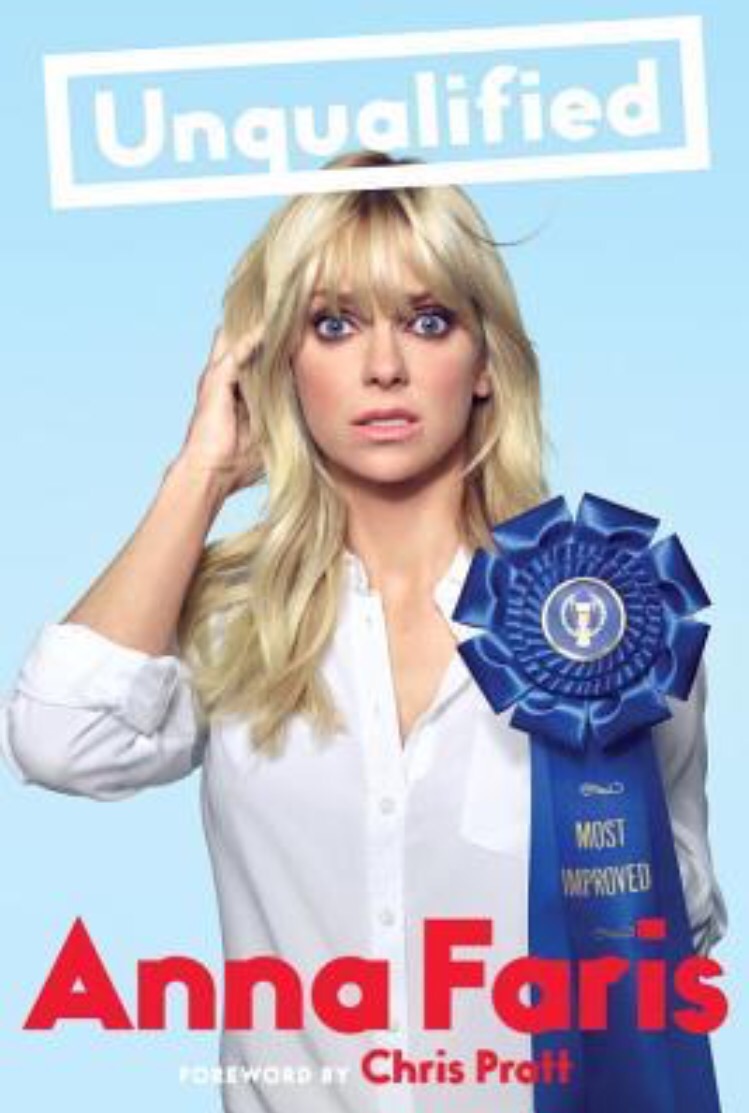 Anna Faris has advice for you. And it’s great advice, because she’s been through it all, and she wants to tell you what she’s learned. Her comic memoir and first book, Unqualified, will share Anna’s candid, sympathetic, and entertaining stories of love lost and won. Part memoir, part humorous, unflinching advice from her hit podcast Anna Faris Is Unqualified, the book will reveal Anna’s unique take on how to navigate the bizarre, chaotic, and worthwhile adventure of finding love.

Hilarious, authentic, and actually useful, Unqualified is the book Anna’s fans have been waiting for.

Anna Faris will always be “that girl who had Monica and Chandler’s babies” to me. She’s so funny! I was so excited when I won the giveaway for her book.

I liked her stories. All her stories of boyfriends and relationships were quite funny. She seems really down to earth and real, which was nice to read about.

The book got off to a rough start, with Anna (and Chris in his foreword) saying over and over that she doesn’t know how to write a book. That was frustrating, because if you don’t know how/don’t want to, just don’t do it! But it improved greatly from there.

One major problem with this book is her relationship with Chris Pratt. In August, they announced they are getting divorced. However, she references her happy marriage many times throughout the book. This really took away a lot of her credibility. If they had waited a few months to announce the divorce, it would have made this book much better (and it would have benefited him as well because he wrote the foreword to the book). I heard that she has revised the book for the final edition so that it commented on her divorce, but my ARC didn’t have these changes.

Other than that, I enjoyed this book. Even if you aren’t looking for relationship advice, this was a fun memoir to read.